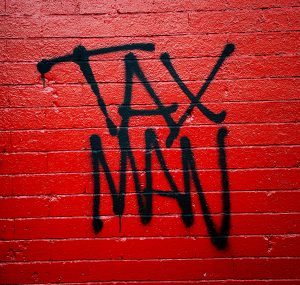 With the record spending on entitlement programs and the further expansion of the welfare state, elected officials are trying to come up with ways to garnishing more money out of taxpayers.  In response, officials have dreamed up the policy of monitoring financial institutions, such as banks and credit unions, to police the influx of funds in accounts over $600. Making the banks report suspicious financial activity directly to the IRS.

This breach in personal privacy for the goal of catching a few tax cheats, at the expanse of compromising the privacy of countless law-abiding United States citizens for financial gain, is unconscionable. The introduction of this kind of government overreach would have many negative outcomes.

In addition to the fact that this policy would go against American principles, it would further disenfranchise rural and low-income citizens. Financial institutions would have more regulations that they would have to abide by, meaning more work they have to do, which means higher operating costs.  The bottom line, the bank customers would have to pay more fees and be subjugated to higher interest rates.

What further adds to this issue is that the IRS, and other government agencies, are running their departments on antiquated computer systems. Creating a policy that would instill such a measure of mass surveillance would put people’s personal information in jeopardy. Making it more exposed to massive data breaches in the future.

The bottom line is that the American people shouldn’t have to be subjugated to unnecessary surveillance of their finances, just because some elected officials want to spend taxpayer money on frivolous government programs and morally bankrupt policies.

This article is a summary. Read the original here. Photo by Jon Tyson on UnSplash