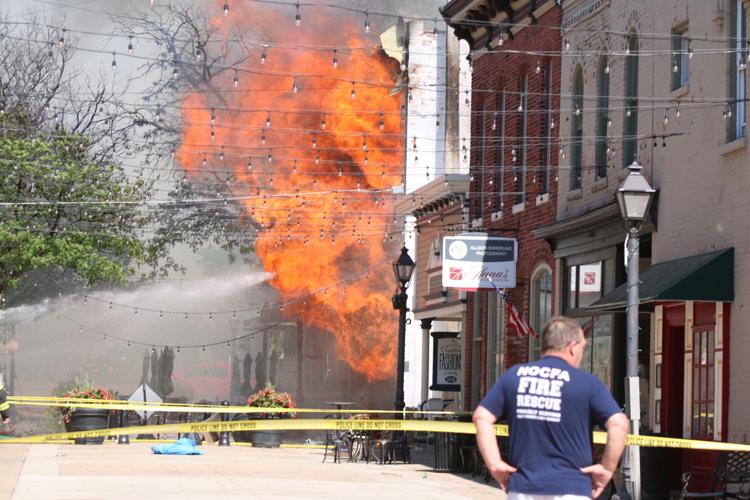 A massive fire in Holly yesterday burned down Antiques Arcade, Andy’s Place, seriously damaged the rear of the Holly Hotel, and caused damage at the Moose Lodge.  More than 100 firefighters from 17 departments from across the area came together Tuesday to put the fire out, but conditions were difficult due to 95 degree weather and strong winds.

Village Manager Jerry Walker said, “The buildings that were all affected, they’re all 1800s buildings, as old as 1850, and so the architecture in them and the materials used in them, of course, they’re not like today’s building standards.”

Investigators are working to figure out what caused the fire and the village of Holly has issued a brown water notice due to the fire and extreme water usage. It said the issue would clear up soon.