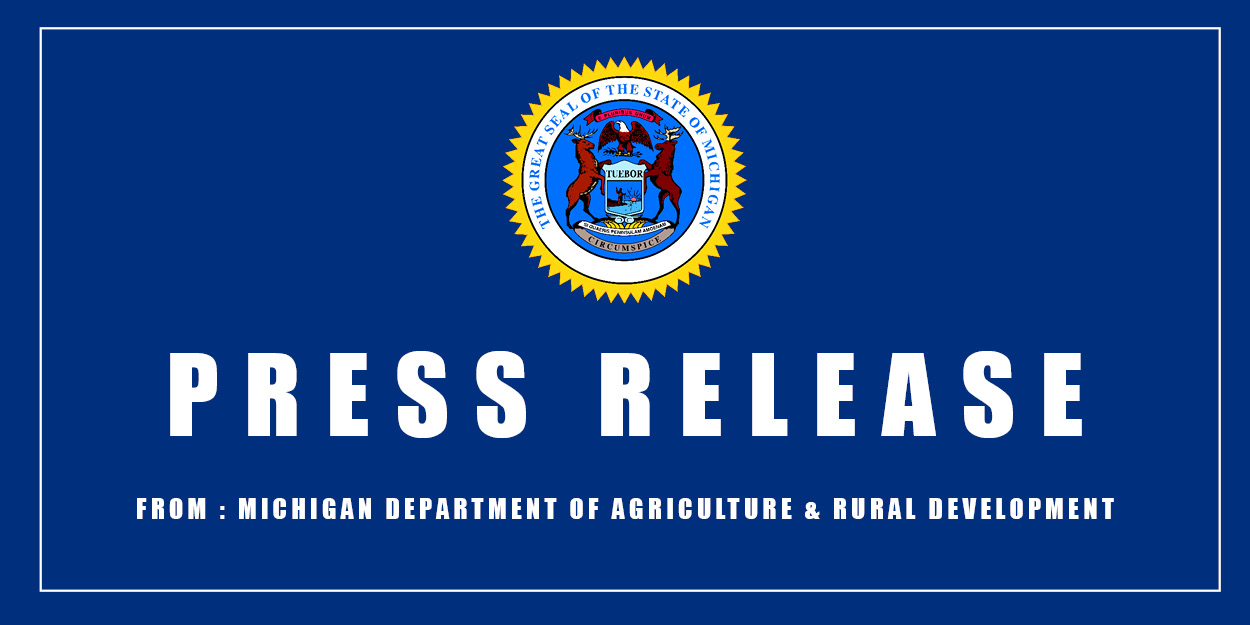 LANSING—The Michigan Department of Agriculture and Rural Development (MDARD) is reporting a case of bovine tuberculosis (TB) that was confirmed to be present in a Cheboygan County beef herd, located in Michigan’s Accredited Free Zone (AFZ). The case was found through routine surveillance testing, as required by the state’s current Memorandum of Understanding (MOU) with the United States Department of Agriculture (USDA). This is Michigan’s 81st cattle herd to be identified with bovine TB since 1998.

“As with all new findings of this disease in a cattle herd, additional testing will be done in the herd, and an epidemiologic investigation has been started to rule out the possibility of additional cases stemming from the affected herd,” said State Veterinarian Nora Wineland, DVM. “A key part of this investigation will be whole genome sequencing, a comprehensive analysis of DNA from the TB bacteria found within this sample. This analysis will help to determine the source of the infection. Results of this testing may take up to three months to be completed.”

Bovine TB is a bacterial disease that can affect all mammals, including humans. It is known to be present in the free-ranging white-tailed deer population in specific areas of northeastern lower Michigan, and the disease can be transmitted between deer and cattle. As a result, there are currently two TB zones within the state: a four-county area in northern lower Michigan called the Modified Accredited Zone (MAZ); the remainder of the state is referred to as the Accredited Free Zone (AFZ).

Although Cheboygan County is a part of the AFZ, it is also categorized as a buffer county, which is a county adjacent to the four counties of the MAZ (Alpena, Alcona, Otsego, and Montmorency counties). As required by the MOU, MDARD has been testing herds in buffer counties over the past year. This herd was identified as part of that surveillance program.

This is the first recorded case of a bovine TB-positive cattle herd in Cheboygan County; however, the disease was detected in two free-ranging white-tailed deer from the county in 2010. While state and federal agencies are taking significant steps to manage the disease, the continued hunting of deer in this area is an important tool in maintaining healthy deer and cattle populations.

More information about bovine TB can be found at Michigan.gov/bovineTB.