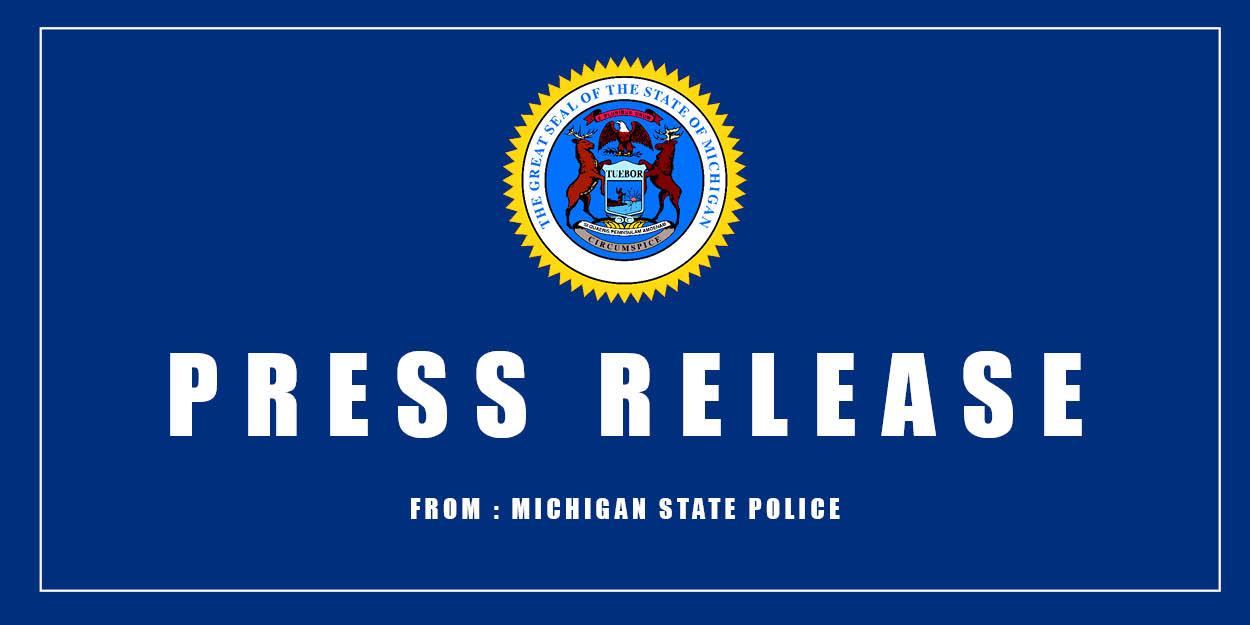 LANSING, MICH. During a ceremony this morning, Michigan State Police (MSP) Director Col. Joe Gasper honored and celebrated approximately 50 department members who have earned promotion, achieved 35 years of service or been awarded recognition by the department’s Board of Awards.

In his remarks, Gasper stated, “I remain steadfastly proud of how our members continue to answer the call to serve and I want to take this opportunity to acknowledge the immense amount of good work being done across our department every day. Over the past year, our enforcement members and other front-line workers have shown up every day committed, prepared and ready to perform the important and critical job of keeping the public safe. And for every in-person worker, there was a member working just as hard in a remote capacity to support our members and the stakeholders we serve.”

The Citation for Meritorious Service is awarded for service rendered in the line of duty when a member, because of diligence and perseverance, performs difficult tasks under unusual circumstances and goes beyond that which is normally expected of most members where crime is prevented, life and property is protected, or criminals are apprehended. This award was bestowed on Tpr. Marc Moore of the Cadillac Post for his unwavering determination while investigating the sexual assault of a 15-year-old girl that led to the identification of 11 additional underage survivors and D/Sgt. Brian Russell of the First District Special Investigation Section for his leadership and coordination in the investigation into an alleged plot to kidnap the Governor and overthrow Michigan government.

The Citation for Bravery is awarded when a member knowingly performs an act in the line of duty which endangers or exposes him or herself to serious injury and when, because of the nature of the action, a life may be saved, a serious crime prevented, or a person arrested who has committed a serious crime. This award was bestowed upon Tpr. Ryan Codde of the Special Operations Division for his off-duty actions that helped to save the lives of a mother and her two young children when their home caught fire, D/Sgt. Daniel Drewyor of the Monroe Post for his lifesaving efforts during a traffic crash in which he removed an unconscious driver from his vehicle and brought him to safety as the vehicle became engulfed in fire, and MC Ofcr. Jacob Lauer of the St. Ignace Post for his off-duty response to a vehicle fire in which he removed an unconscious and injured driver through a windshield, bringing him to safety and rendering first aid until paramedics arrived.