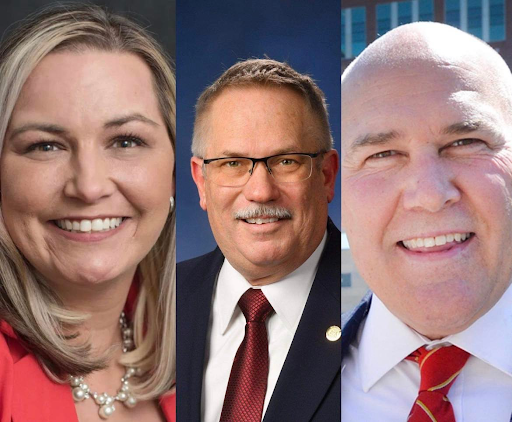 Martin (R-Davison), currently holds the position and will face the two republicans in a contested primary August 2nd, 2022.

Swanson describes herself as a local mother who is “fighting for the kids”. She is a local business owner, working at a Tax Office, active in Kearsley Schools as the President of youth football and cheer, a certified G.H.O.S.T member with the Genesee County Sheriff’s office, and a supporterFlint Crisis Pregnancy Center. Swanson has a degree in Social and Criminal Justice.

She said she is running because incumbent David Martin has not addressed voter fraud.

Martin defended his record in a press release that the Genesee County Republican Party posted today:

“Service before self has always been my guiding principle,” Martin said. “When I was elected as state representative in 2020, I made a promise to my community to give them a voice that represented their values, and my voting record shows that I have done exactly that. As a lifelong Davison resident, veteran of the U.S. Air Force, former Davison City Council member, former Genesee County Commissioner, and current state representative, I take seriously the trust that has repeatedly been placed in me to represent the values that our community holds dear”, Martin said.

Martin is not the only Veteran in the race. Grand Blanc Twp. resident Vern Miller says he is running for Martin’s seat. Miller is a U.S Marine Corps veteran, public school teacher and coach in his district. Miller is just about to retire in June after 30 years in public schools and wants to head to Lansing. Miller has a BA from SVSU and a MA from UofM Ann Arbor. Miller was Senator Ruth Johnson’s “Veteran of the year” guest for the 26th Annual Memorial Day service. Miller was also the past Grand Knight of the Genesee County KofC Chapter and is very active in Genesee Co. Catholic Schools.

So far, Amie Carter has filed for the Democrat side, while political rumors are surrounding Ellen Ellenburg will enter the race.