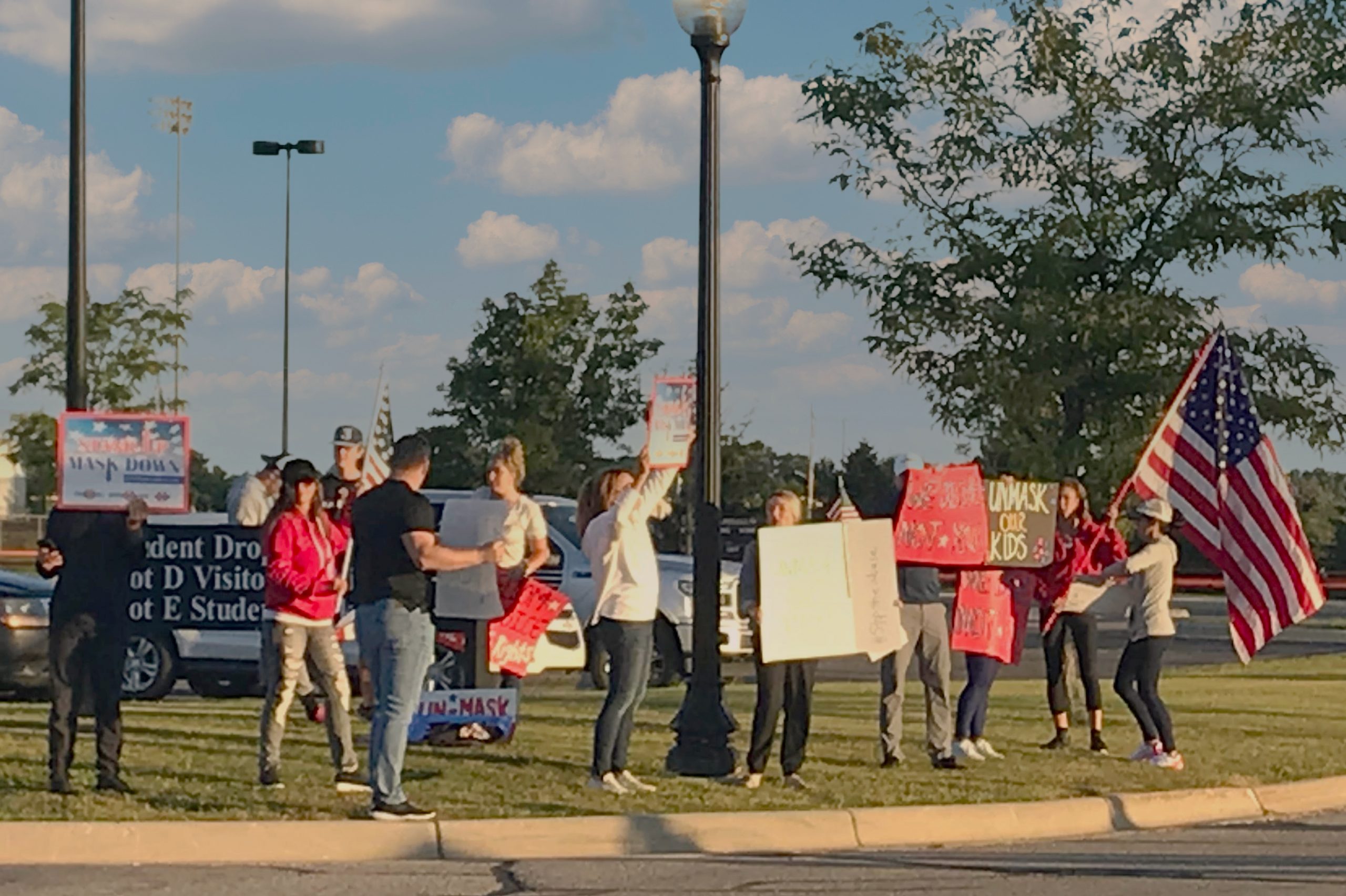 Today at 10 am, in front of Fenton High School, students from multiple area schools came together to standup against mask mandates. Dozens of students and parents protested against the overreaching mask mandates that have been forced upon the students of Genesee County.  Protestors came in full force, showing power in numbers, power in being united, and the power of showcasing their right to free speech and assembly.

When one of the student protestors were asked to put on their mask, they respectfully refused and said “No, you need to speak to my parents”. Many parents did join the mask protest and many more share the same sentiment. Some parents are even considering to file a lawsuit against the school district over the mask mandates. “You will not deprive my child of an education”, one parent was heard saying. It is said that many more mask protests are planned in the future.