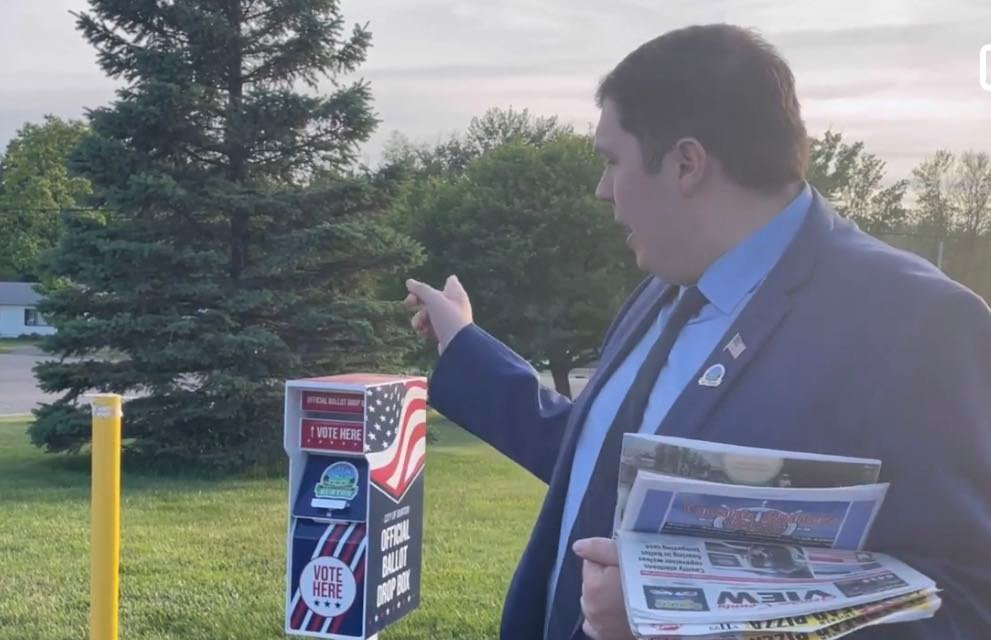 BURTON- The Genesee County Republican Party says they are leading the fight for election integrity and it was put to test at the Burton City Council meeting Monday, June 20th, 2022.

It all started when Genesee County Republican Party Chairman Matt Smith and GOP Board member Sandra Jobin took to the citizen comment section of the meeting calling on the city council to permanently ban absentee ballot drop boxes.

As for the history of the boxes in question, they were originally implemented from the state due to the pandemic. However, they were meant to be installed on temporary conditions.

“Genesee County residents deserve election integrity and it starts with getting rid of these temporary boxes. How do we know the people dropping off the ballots are the actual owners of the ballots? Ballot harvesting is not right”, Chairman Matt Smith said.

Burton Councilwoman Tina Conley said she was not a fan of the drop boxes herself and asked if the Council had the right to order the Clerk to remove the drop boxes in the City. 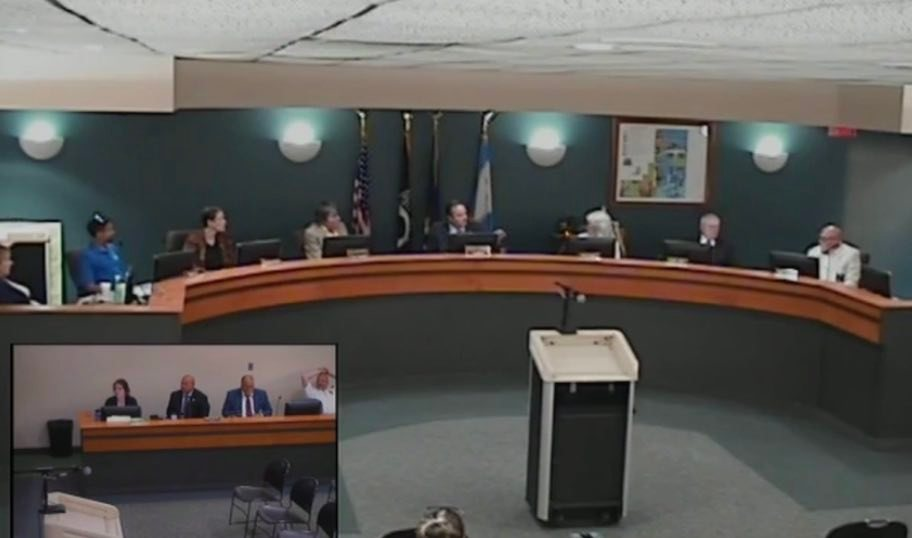 “I believe the drop boxes are recommended by the state and are not required. But, they are highly recommended”, Burton Clerk Rachel Boggs said.

Burton resident and Genesee GOP Board member Sandra Jobin spoke to the council about a conversation she had with the City Clerk and reminded the Council to watch 2000 Mules.

“I want to thank the majority of the council for voting down the recent tabulator request from the Clerk, and now I would like to address the drop boxes”, Sandra Jobin said.

Jobin proceeded to explain a conversation she had with the City Clerk Rachel Boggs about how she was against the drop boxes behind the scenes.

“The City Clerk told me she was against the Zucker-Buck Boxes, and even bought new ones, but now says she will keep them?”, Jobin said.

Clerk Rachel Boggs explained that she was instructed by the State to implement the drop boxes for the 2020 election and that 60% of the City uses them to vote absentee.

Burton City Council President Steven Heffner was quick to remind the City Clerk and Council that the boxes were meant to get us through the virus and not be long lasting.

“The drop boxes came about because of the pandemic. People didn’t want to go vote, so they made a temporary solution with the drop boxes”, Heffner said.

Genesee County Chairman Matt Smith said the issue is not going away anytime soon and would like the city to act on it.

Council President Steven Heffner asked the City Attorney to look into whether or not the council has the authority to order the removal of the boxes.

The City Council indicated that they will likely take action on this at the next meeting.

“If Burton bans the drop boxes, and follows through on our request, we will take that example to every city and township in the county and hopefully it will go nationwide”, Chairman Matt Smith said.