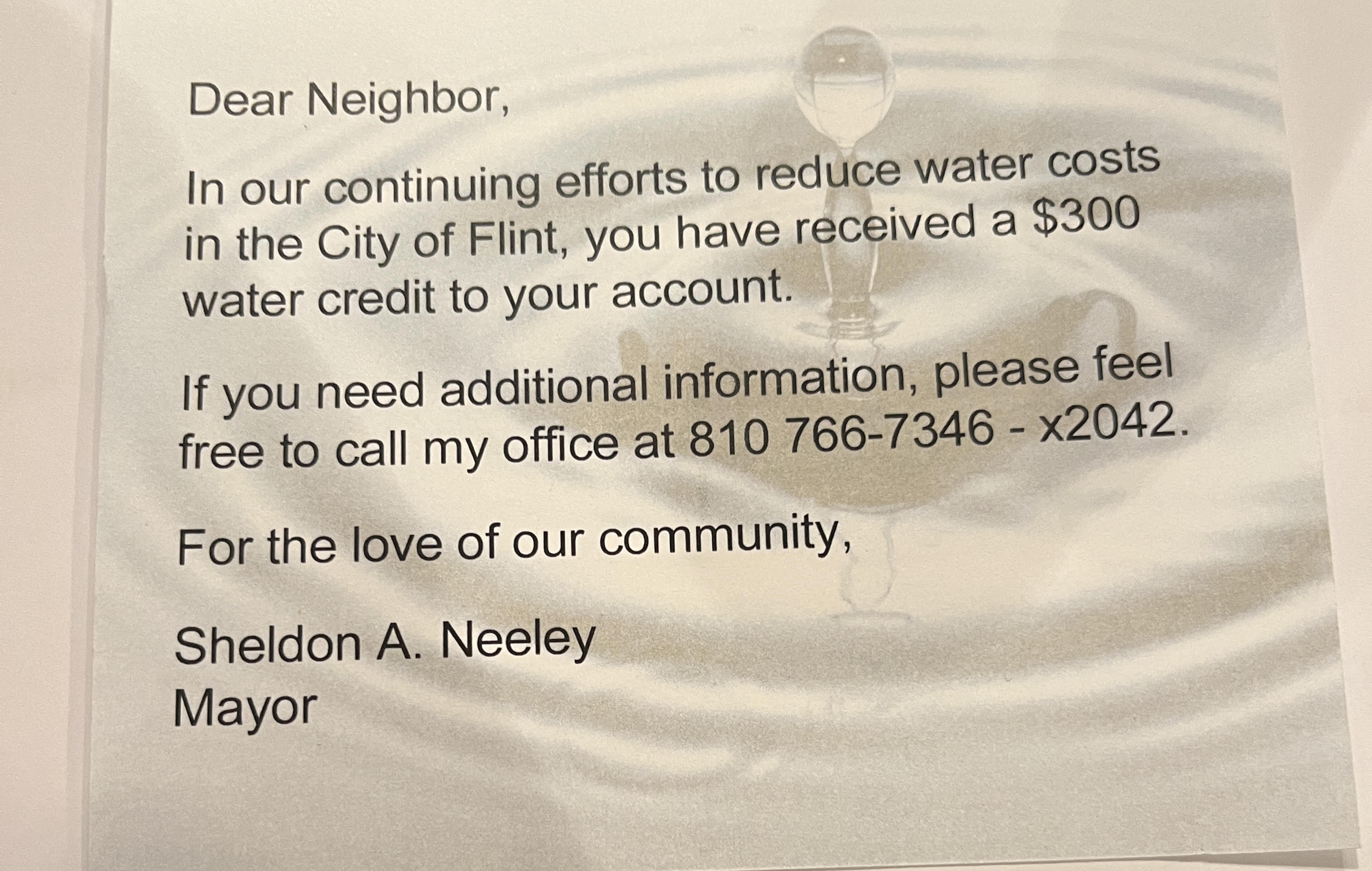 On September 29th, all residential accounts in Flint with active water meters received a $300 credit on their accounts.  Just 10 days later, Sheldon Neeley was re-elected as Flint’s Mayor defeating former Mayor Karen Weaver in the general election on November 8th by 1,281 votes.

The water credits were funded through the American Rescue Plan Act which was paid to the City of Flint in two installments, the first of which was in July 2021, approximately 16 months before the water credits were paid out.  This makes the timing of the credits being so close to the election very suspicious.

Pictured above is a post card sent to people with water accounts in the city and received by voters approximately 7 days before the election.