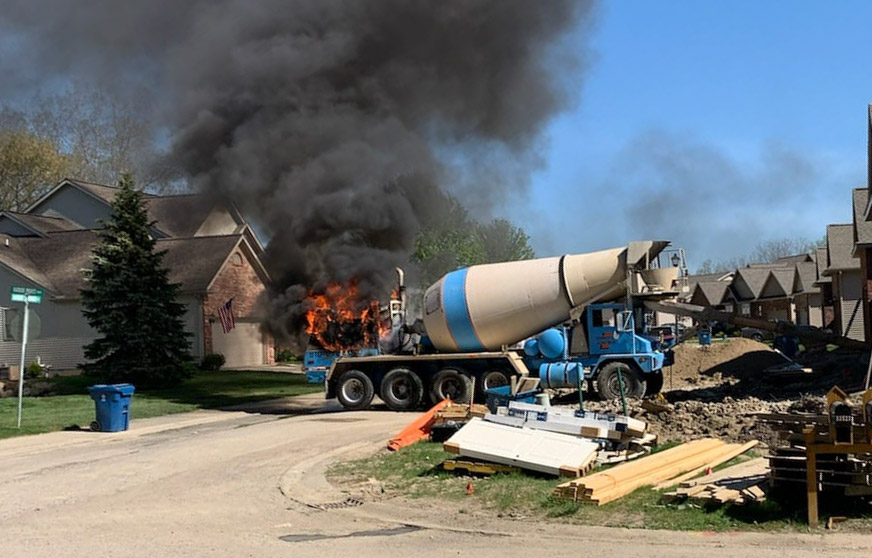 With the large housing shortage there has been a major surge, especially in the Fenton area, for new construction homes.  With Genesee County’s frost laws off, basements are being poured and the building has begun again.  However, sometimes things do not go as planned.

In what could now literally be called one of the hottest condo developments in the Fenton area, a concrete truck caught on fire on the morning of Friday, May 13th as it was preparing to do a pour at Harbor Landings, located at the corner of Lahring and Torrey roads.  Fortunately, at the time of this writing, no one appears to have been injured.