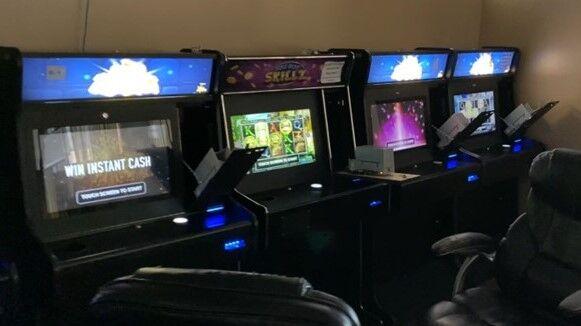 Last week the Michigan Gaming Control Board seized 11 video slot machines and 56 computers allegedly used for illegal gambling, along with over $10,100 worth of suspected gambling profits and gift cards from two cell phone stores in Flint.

Authorities allegedly found 39 computers used to play slot-style games at The Cellular Vault and took 11 slot machines and 13 more computers set up to play slot-style games at Cellular Bank.  Investigators say they also uncovered a separate illegal gaming activity, which allowed people to gamble at home or elsewhere using a card with a PIN number.

Authorities have not yet announced any criminal charges associated with the raids.  These raids were the second this year in Genesee County. The Michigan Gaming Control Board seized 100 alleged illegal gambling devices and $29,200 in profits in April from The State Road Spot in Davison and The Bristol Spot in Burton.