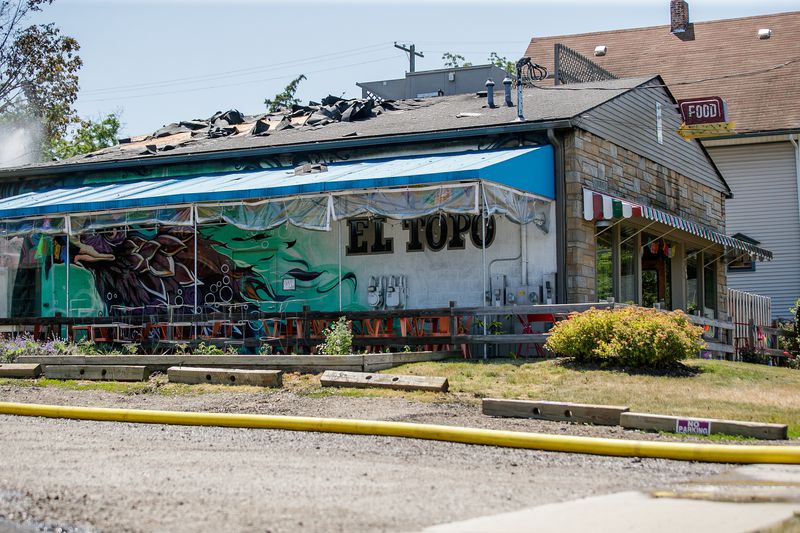 At approximately 1:30pm on Tuesday, June 28th, the Fenton Fire Department was dispatched on a call for a fire at Adelaide and Mill streets in downtown Fenton.  A car was on fire, and when its fuel tank ruptured, the fire spread to the Relief & Resource Co., which is the speakeasy in the back of the El Topo building.

The flames also spread to a dumpster, a nearby tree, and barn just south of the car and El Topo property.  The barn, which was part of the TruFamily Dental property was fully engulfed, and now needs to be demolished because it’s not stable.

Fire departments from Fenton Township, Linden, Holly Village, North Oakland County Fire Authority, and Hartland joined the Fenton firefighters on scene. Fortunately, nobody was injured.  The scene of the fire has been fenced off pending investigation.